Gombessa Research Expeditions and Andromeda Expedition: from exploration to restoration, from the Antarctic to the Mediterranean 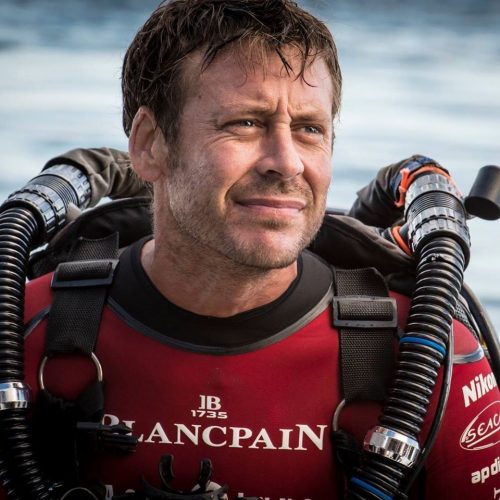 The Goulandris Natural History Museum and the Michail N. Stassinopoulos –VIOHALCO (MSVF) Public Benefit Foundation are hosting a lecture by world-renowned biologist and environmental photographer Laurent Ballesta titled: “Gombessa Research Expeditions and Andromeda Expedition: from exploration to restoration, from the Antarctic to the Mediterranean” on Monday, 24 February 2020, at 18.30, at the “Angelos Goulandris” hall of the GAIA Centre of the Goulandris Natural History Museum.
The event is held under the auspices of the French Embassy in Greece.

Laurent Ballesta is a biologist, scuba diver and environmental photographer specialising in marine wildlife, to which he has dedicated 13 photo books. Born in 1974 in Montpelier, France, Laurent Ballesta, together with his associate Pierre Descamps, founded “The Eye of Andromeda” in 2000, with the main aim of reconciling scientific research with the artistic utilisation of the submarine environment. This endeavour led to the establishment of the “Andromeda-Oceanology” scientific society in 2008.
Over the past decade, Ballesta led a number of broad-scale exploratory expeditions, the top ones being the “Gombessa” expeditions, based on three emblematic values: scientific mystery, the challenge of diving and the promise of unpublished photographs.
From the first photographs of the Coelacanth at a depth of 120m, to the night “hunt” of 700 Fokarava sharks, Laurent Ballesta, the modern-day J.J. Cousteau, as he has been rightly called, illustrates and showcases the grandeur of the underwater world through deep sea diving for extended periods in Antarctica, as well as the exciting world of the Mediterranean, through a scientific, environmental and artistic lens.
In July 2019 Laurent Ballesta conquered a world first, by successfully combining offshore saturation systems with autonomous diving techniques: for 28 days, he and three colleagues lived in a 5 sq.m compression chamber and dived on a daily basis in the twilight zone, at depths between 60 and 120 meters, without a time limit, between Marseilles and Monaco, thus managing to photograph unique ecosystems and record original scientific protocols.
Two more prominent members of the “Αndromeda” Oceanology Society will be accompanying Laurent Ballesta during his visit to Athens and the lecture/presentation at the Goulandris Natural History Museum:

Julie Deter, a researcher at “Andromeda” and the University of Montpelier, who was the scientific director of the Gombessa 5 expedition, focuses her research activity on the impact of climate change on marine and submarine biodiversity.

Pierre Descamps is a marine biologist, President of “Andromeda-Oceanology” and “Andromeda-Oceanology” of Monaco. He specialises in integrating an ecological dimension in development programmes, and has created multiple applications for promoting the biodiversity of the Mediterranean. One of his highly successful and well-known applications is DONIA (won first place in the European Business Awards for the Environment ), which allows all types of boat users, fishers and divers to have a picture of the sea bottom, in order to avoid “injuring” the submarine flora with their anchors.

The lecture will be introduced by Ms Maria Salomidi on behalf of the Oceanography Institute of the Hellenic Centre for Marine Research.