In 2008 the Michael N. Stassinopoulos – VIOHALCO (MSVF) Public Benefit Foundation founded a mixed Adult Choir, with Mr Vassilis Karras as choirmaster. In 2018 Mr Panagiotis Karpouzos, a Byzantine Music teacher, took over. Since 2014, the position of choirmaster has been held by Mr Vassilis Zacharis, Greek Folk Music Teacher at the Music School of Tripoli.

The mixed adult choir lessons take place every Tuesday at 18.30-20.00 at the Foundation’s Cultural Center in Stadio, tegea. This is a one-voice choir that sings folk songs of the Peloponnese as well as songs from the general Greek repertoire, with the aim of preserving our cultural heritage.

The choir has around forty (40) members and the majority has been part of the group since its creation. They perform in their own custom outfit, which includes a long dark blue dress, a red scarf and a discreet pin with the Foundation’s emblem for the women, and a white shirt, dark blue or black trousers and a red tie for the men.

The Foundation’s choir organises and presents an annual event with a different theme, which is held in the theatre of the Foundation’s Cultural Center in Stadio, Tegea, and is open to the general public. Some of the titles of the annual events held over the years are “Tribute to Thrace”, “Tribute to the Fall of Constantinople”, “Eyes seen through folk songs”, “The Sounds of the Castles”, “Oil and Wine”, “Time brings change”.

The choir takes active part in numerous events, both at the Cultural Center and elsewhere. For example, starting in February 2010, it took part in an event of the Unborn Child Protection Society “I Agkalia”; in June 2011 it took part in a memorial for the fallen pilots in Episkopi, Tegea; in July 2012 in the inauguration of the bust of Ioannis Apostolopoulos (captain Giannakas), an 1821 hero, in Vlachokerasia, Arcadia; another appearance was in December 2016 at the choir festival at the “Angeliki and Leonidas Zafeiris” Foundation in Astros, Kynouria, and elsewhere.

In 2012 and 2019 the Foundation’s choir went to the Athens Concert Hall to attend the concert “Women’s voices in folk song” and the “Choir and Philharmonic Festival”.

The choir has also performed jointly with other choirs. In December 2016 they organised a joint Christmas event with the ecclesiastical choir of the Church of Saint Tryfonas of Tripoli. They sang ecclesiastic hymns and Advent carols. In October 2017 they organised a choir meeting in Stadio, Tegea. In addition to the Foundation’s choir, the adult choir of the Municipality of North Kynouria, as well as the “Octava” choir of the musical society of Spetses also took part. 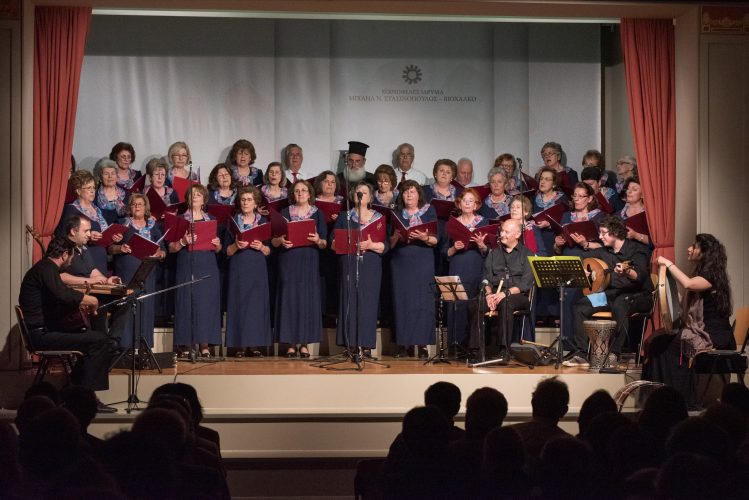 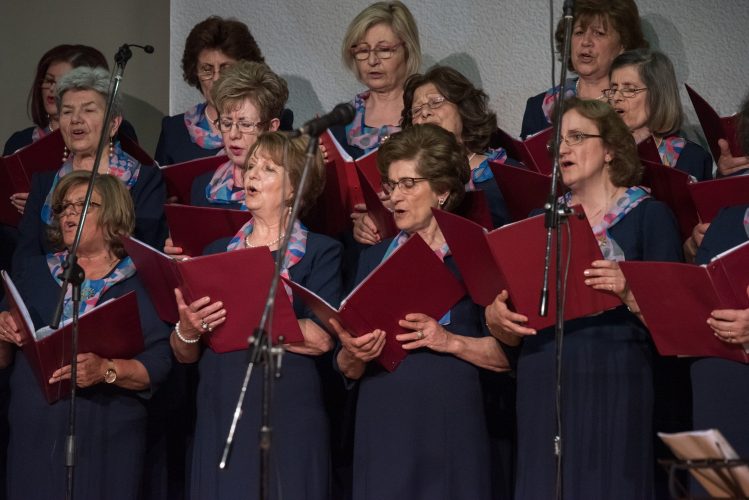 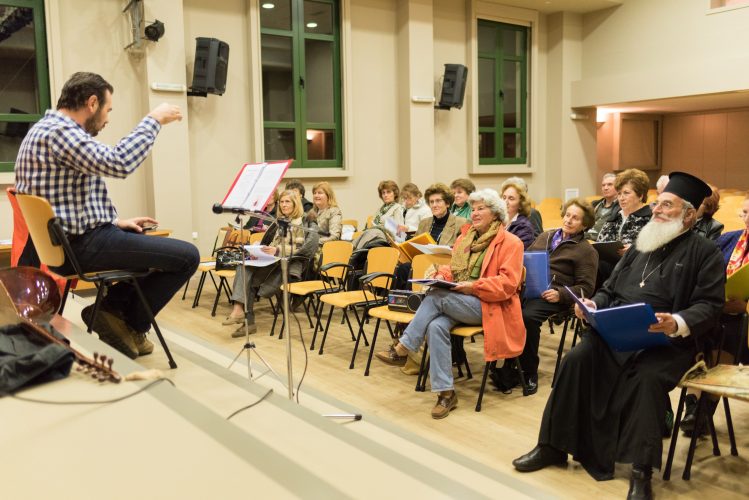 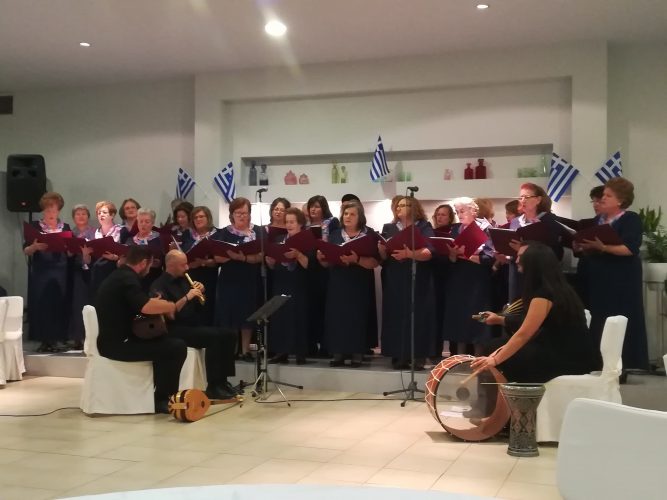 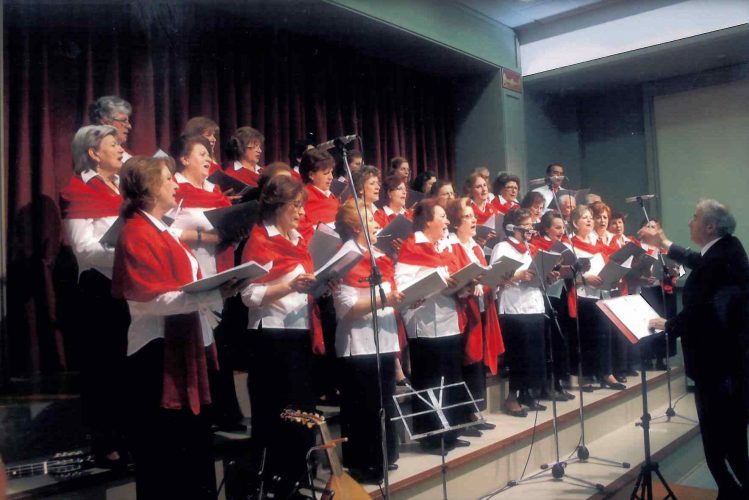 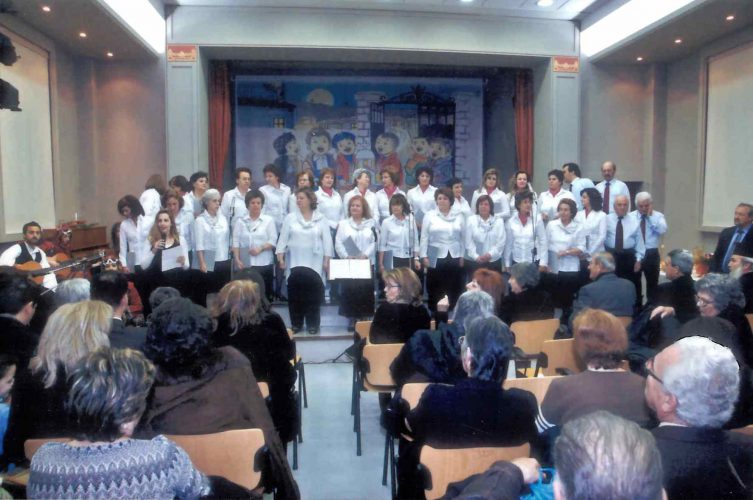 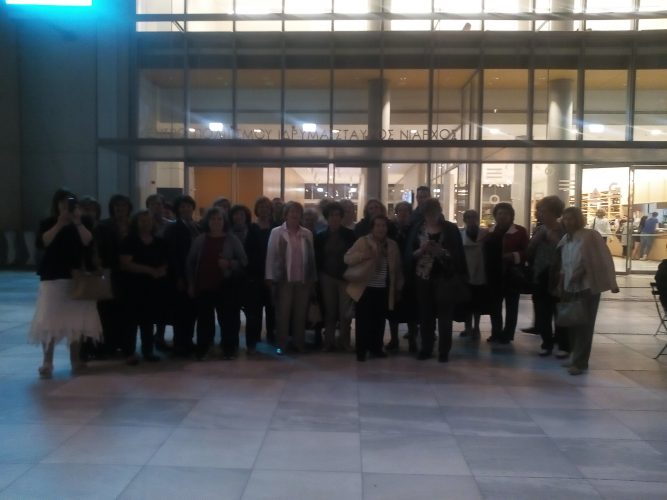 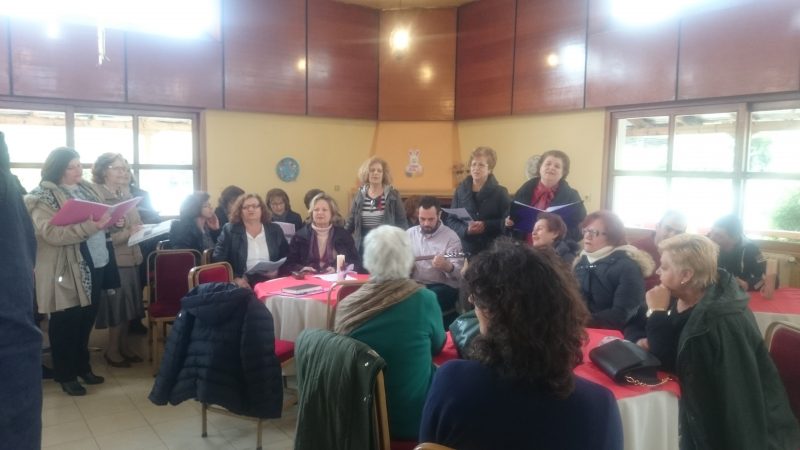 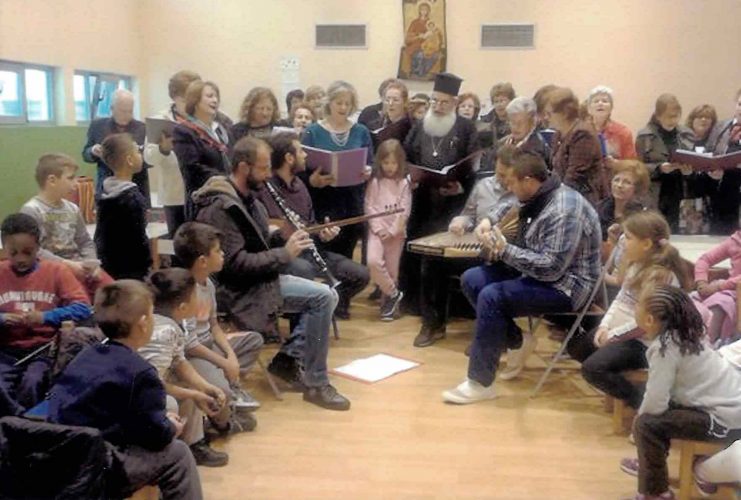 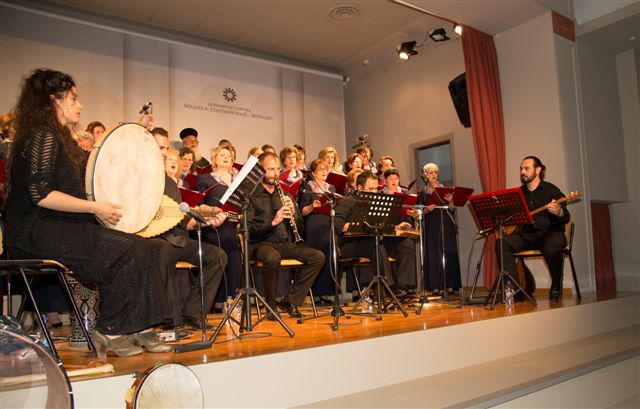