Dancing is the rhythmic movement of one or more persons accompanied by music and song. Dance is one of the most ancient means of expression and chronologically came after signing. In fact, modern Greek dances incorporate rhythms and musical motifs of ancient Greece.

The best known categories of dance according to the geographical boundaries of our country are dances from the Peloponnese, Epirus, Thrace, the islands, Crete, Macedonia, Pontus, etc. There are also dances, from northern Greece for example, which are influenced and have influenced dances of neighboring Balkan countries and are danced with local variations across the Balkans. In other cases, such as small islands, the interaction has its origins either in the occupying power of each era, i.e. Venetians, Franks, Turkish occupation. In Arcadia, the best known traditional dances are the Syrtos-Kalamatianos, the Tsamikos and the Tsakonikos.

The purpose of the Group is to teach folk dances and organise cultural events, with the aim of promoting and disseminating our folk tradition beyond the boundaries of Arcadia. Its members are children and adults from all the villages of Tegea and Tripoli. The “TEGEA” Folk Dance Group is mainly funded by the Michael N. Stassinopoulos –VIOHALCO (MSVF) Public Benefit Foundation and by contributions of members, donations and private persons.

The Association is run by a 7-member Board, which is elected every four years.

In the last elections of 22 January 2018, the following board was elected:

Every year, the Group organises a dance show, with a different name and subject, which is open to the general public. In this show, all the dancers of the Group take part, whether young students, teenagers or adults. The dancers are always accompanied by well-known traditional groups from all over Greece

Throughout the year, the “TEGEA” Folk Dance Group takes part in cultural events, seminars, dance Festivals, musical competitions and traditional celebrations in Arcadia, Greece and abroad. Some of their participations include the Odeon of Herodes in Strasbourg, France, representing Greece at the Eurorando 2001 cultural events at the Dora Stratou theatre, the “Armata” cultural event in Spetses in 2002 and 2008, the folk dance festival in Skala Kefallonia, in Monemvasia, in Mytilene, in Skopelos, etc. In 2017 the Group appeared on the television show “The salt of the Earth” on the ERT-1 Channel.

The members of the Dance Group annually plan a trip to various parts of Greece for a few days, with the goal of getting to know the customs, traditions, songs and dances of each place. 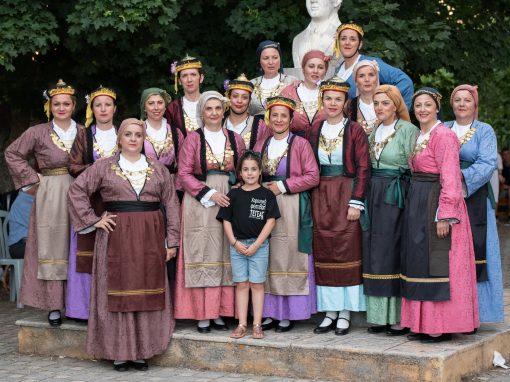 Learn about the News of the “TEGEA” Folk Dance Group 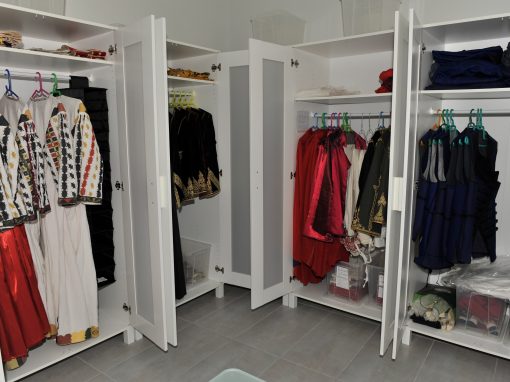 Clothing is anything we use to cover our body, whereas costume includes all clothing, mainly exterior items. The form of the costume results from the practical and aesthetic needs of the specific group of people that use it. A costume is, like all expressions of traditional folk creation, a practical item, and as such it […]